The text below is as drafted before the campaign. 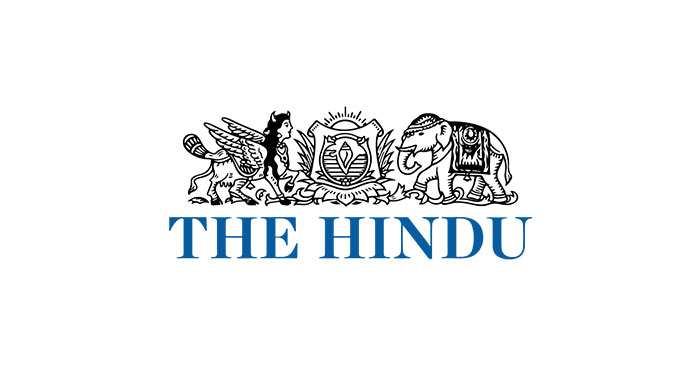 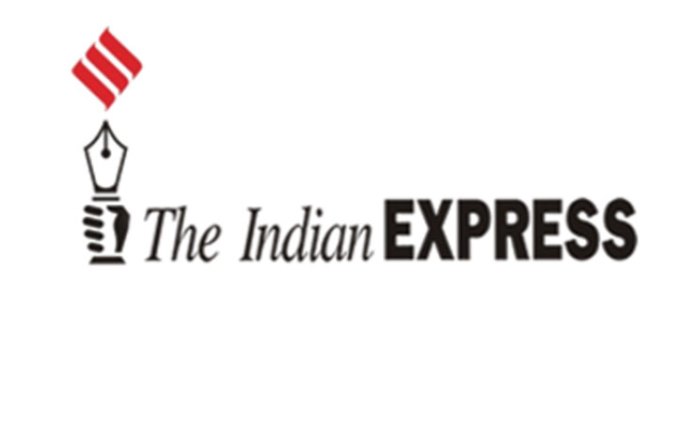 There is a consensus that public education and schooling is of crucial importance to the health of the state and country, and that there is a crisis in this sphere today. One of the most obvious catalysts is to encourage and establish citizen engagement and monitoring of their neighborhood school. We need to find a means by which we can initiate a meaningful citizen – school interface in almost every school across the state. To this end, Rajasthan Patrika and Soochana Evam Rozgaar Adhikar Abhiyan (SR Abhiyan) Rajasthan are together launching a year- long campaign from March 2015- February 2016, using RTI as a means to initiate citizen monitoring of government schools and public education across the state.

The RTI applications will be filed by children and/or parents in every government school (primary, middle, secondary, and higher secondary) across the state in July, when the schools open after their summer break. A year long programme has been planned where Rajasthan Patrika and civil society organizations co-ordinated by SR Abhiyan have together worked out a rollout schedule of awareness building events and trainings down to a block level, and will identify groups of citizens in each locality who will file these applications and begin a citizen engagement with the school.

The tool: A simple RTI will be designed with five questions to be filed/ submitted in every school across Rajasthan by children and residents of the locality of each school. These will, in the first year focus on a) Teachers and students – numbers of posts, vacancies; numbers of children, attendance, drop outs etc. b) Playgrounds – whether there is one, what its status is, what its co-ordinates are, whether there is encroachment on it, whether it has a boundary wall etc c) Toilets- the numbers for girls, boys and staff, their working condition, and their water source and d) Safe Drinking water – including source and hygiene. e) School Management Committees (SMCs), their membership, their resolutions if any, and copies of the School Development Plan (SDP)

By whom: The Campaign will be jointly co-ordinated By Rajasthan Patrika’s “Social and Development Concerns and Campaigns “, and SR Abhiyan.

Rajasthan Patrika and SR Abhiyan will together identify and train facilitators, in every block, and group of three-four panchayats (clusters), who will, in turn orient citizens to file and follow up on the applications. In order to form cluster level groups, it has been decided that block coordination committees will be formed in every block of the State (295 Blocks) and 4 or more interns/ volunteers will be placed in every Block for at least one month in May or June. The interns/volunteers will be mobilized through an open call in colleges and youth institutions, both within and outside Rajasthan, so that young people who have had the privilege of a college education, can connect with and contribute to an effort to ensure better education for all. The interns along with the Block coordination teams, will be

responsible for forming ten cluster level groups in their assigned Block, who will in turn ensure formation of village groups in every ward/village of their Cluster where there is a government school. The interns will work with the Block Coordination Committee which shall consist of 1 civil society organization (CSO) representative, 1 member of Rajasthan Patrika and 3-5 active citizens of the area. Each Cluster Level Group will also have 1 person from Rajasthan Patrika. The group will attempt to contact and bring together every ward member from the ward/villages in the geographical area of the cluster.

Role of Interns and Volunteers: The interns/volunteers will go through an orientation and training at the State/ Division level, and be placed at a block level for one month. Given the voluntary nature of this campaign, the interns will have to cover most of their own costs. Other forms of logistical support such as finding a place to stay; mapping out schools to be covered; uploading data and reports etc will be facilitated by the Rajasthan Patrika and civil society representatives of the Block Coordination Committee. The inters/volunteers will be expected to make calls and meet every ward member in the area so that they can encourage Panchayati Raj representatives to also become part of citizen monitoring efforts. As a consequence, a data base of all interested and engaged elected representatives will be put together. All those elected representatives who connect to the campaign can also receive an orientation in their statutory role to ensure the effective implementation of the Right to Education Act. School teachers, and education department authorities will also be briefed about the objectives of the campaign, and their help and suggestions will be taken on board to make the campaign more effective. The interns will also be given a list of active community based organizations in the Block, such as self help groups, Nehru Yuvak Kendras, Youth Clubs, NGOS etc to reach out and try and involve them in the Shiksha ka Sawaal campaign. A web based information and feedback system will also be created to keep track, upload information, and build an atmosphere to ensure citizen interest and school accountability.

The preparatory time frame: One civil society organization will take responsibility for one District, and the initial divisional level joint meetings will be planned between Patrika District co-ordinators, and civil society district co-ordinators of that division. By end March, District level meetings of block co- ordinators will have been held in similar fashion. Half day trainings for facilitators and RTI users for every 3-4 panchayats will be organized through the month of April. Any shortfalls will be covered in the month of May and June, so that in July when the schools open, RTI applications will be filed across the state.

The campaign: At the time of launching the filing of RTIs, big events will be organized at least at a state and divisional level by calling prominent sports personalities, educationists, academics and public spirited citizens from all sectors to participate in the campaign, and personally file RTIs themselves. As the answers start coming in, Rajasthan Patrika will report on progress as well as interesting stories about any of the five issues. The web site will track the progress as well as the places where replies are not being provided. This will also be reported by the newspaper so that pressure is put on the school authorities to comply. It is expected that some improvement or impact will take place just through the immediately heightened awareness, public pressure and publicity. All this will be reported in local editions of Rajasthan Patrika, but also through “citizen journalists” using social media, cell phones, whats app, traditional media etc.

From August onwards, Rajasthan’s Right to Hearing Act (RTH) will be used to file complaints and petitions related to teacher vacancies, missing playgrounds, fixing toilets, and provision of safe drinking

water. The act has space for dated receipts for applications, a public hearing in fifteen days, and a written answer in twenty one days. Stories of improvement, and continued violations will be reported and highlighted. Attempts will be made to have boundary walls constructed for playgrounds through development programmes like the MGNREGA. Through the months of October-December there will be a focus on those places, where progress has been slow, as well as those where citizens have taken great interest and started to turn small success into real school monitoring for better outcomes. Starting October 2nd, 2015 (tentative date) the SR Abhiyan will launch a hundred day Paardarsita, Javaabdehi Yatra which will go through each of Rajasthan’s 33 Districts with two days activities at every District Headquarters, and one day for travel. The yatra will be accompanied by an “RTI on Wheels” vehicle from the Gujarat RTI Campaign. The Yatra will conduct seminars, clinics and workshops on RTI, RTE and RTH; follow up camps on the application and complaints submitted; district shiksha sammelans also involving ward panches and panchayati raj representatives; and have a one day review and convention on the use of RTI, RTE and RTH in the State. The transparency and accountability yatra will also touch upon issues of other social sector programmes such as MGNREGA, Ration, Pensions, Health and Social Justice. At the end of two days the yatra will attempt to document the progress made and pending issues from the ‘Shiksha ka Sawaal Campaign’ and pull together resolutions of people on issues of education in particular, and social sector in general. These resolutions will be put together as draft resolutions in a State Convention to be held in January 2016. Discussions will take place in Jan and Feb for a possible follow up campaign the next year that will focus more on the formation of citizens monitoring groups who will look at and advocate better learning outcomes, filling of all teacher vacancies, and teacher accountability. Uring the campaign, there will be a bi-monthly state level review meeting of Rajasthan Patrika and SR Abhiyan. There will be a joint coordination team based in Jaipur, and use of a common web based tracking system will be worked out.

Scale: The “Shiksha Ka Sawal” campaign will attempt to touch almost every neighborhood where there is a government school or government aided school in the State of Rajasthan. It will therefore aim to create approximately 80,000 citizens groups who will file RTI applications in their neighborhood schools. In order to do this, there will be Co-ordination Committees at the Division (7), District (33), and Block (295) levels. 1200 interns / volunteers will be mobilized in the months of May and June, who will help form the cluster and village level citizens groups. Therefore, even before the Yatra begins, several lakhs of people and most of the schools will be directly involved in the campaign.

Expected Outcome and reports: Through a simple five question RTI, we hope to begin a citizen – school dialogue and engagement on schooling and education, that will give birth to a visible, energetic, and widely spread campaign for better public education in Rajasthan. We hope to create a kind of momentum that government and teachers are unable to ignore, so that the energy created will lead to a turn- around in the declining status of public education. Even if the campaign is modestly successful, citizens monitoring of their neighborhood school will become a reality in many places; RTI will have been used in most villages in the state; and citizens will gain awareness of even the Right to Hearing act as an effective potential means of enforcing accountability across all sectors. This can later be spread to MP and Chattisgarh , and if it works, is bound to spread across the country. While the first phase of questions concentrate on fairly simple and straightforward issues of the school establishment, at the end of the campaign through the formation of village level groups, District Yatras and the State level

campaign it is expected that the more complex issues such as learning levels and education outcomes will be taken up in subsequent years.

Right through the campaign, multiple forms of reporting and documentation will be encouraged. Apart from regular space and reporting in Rajasthan Patrikas local and state pages, all participants will be encouraged to document the process and outcomes, and prepare short reports, film clips, photo documents, songs, social media platforms and groups, and campaign material right through the campaign so that learning and lessons can travel across the state both online, and offline in a synergetic and immediately useful manner.

Funds, and safeguards: The campaign is designed to be contributory and voluntary. Resources when needed, can be publicly collected and pooled as per specific needs. Norms will be set for mandatory disclosure, transparency and maintaining accounts. There will be a cell constituted at a district and state level to attend to any emergency that might arise, or examine and address any complaints that might be made against campaign volunteers.